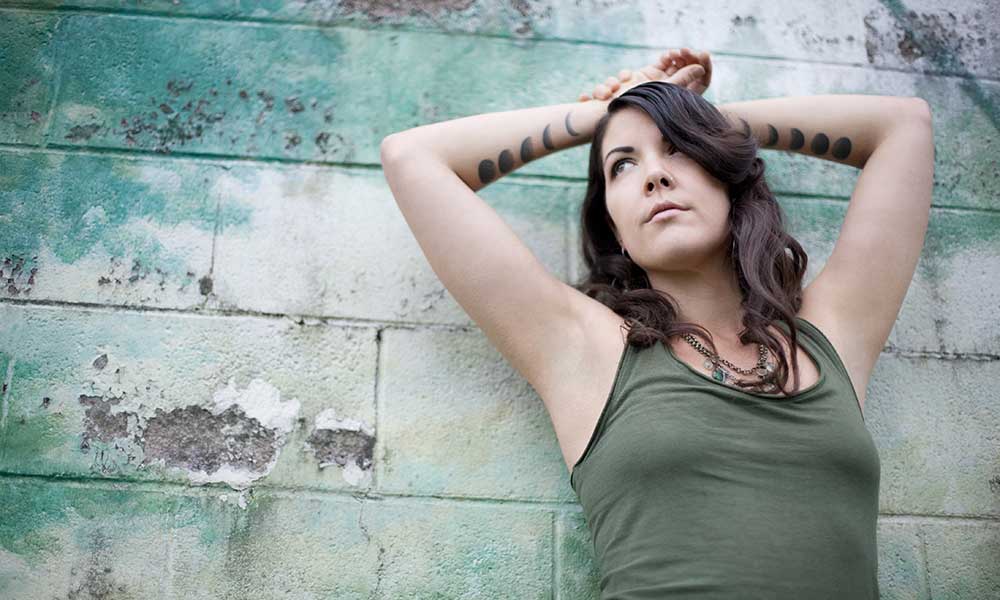 In the Loop Tuesdays: Jess Vaira

Jess Vaira is a singer, songwriter, seamstress impassioned by harmony and sustainability. Jazzy, Singer/Songwriter, Soul with harmonies galore and an unconventional approach to using a loop pedal thrown in for good measure.

In the past Jess has shared the stage with such acts as the Sam Roberts Band and Sweatshop Union at The Edge of The World Festival in Haida Gwaii. Several of her songs have been featured in Film, Theatre and Television including the series Cedar Cove on the Hallmark Network.

Throughout Jess Vaira’s music career she’s rarely been an artist who steps lightly into a new experience, as she’d always much rather jump in with both feet, ready for anything. Her powerful yet graceful style grew naturally through years of performing jazz and folk music, until exploring tastes led her towards soul and reggae grooves, hip hop hooks and loop pedals. As a solo artist her music is open, true, and resonates with beautiful clarity.

If Eddie Vedder and Ella Fitzgerald were making Sunday brunch for Ani Difranco, Imogen Heap and Erykah Badu, they might be listening to Jess in the background. With an honest, sound that ranges from round and soulful to light and airy, Jess is a live performer and session artist in demand for her dynamic and engaging performances.