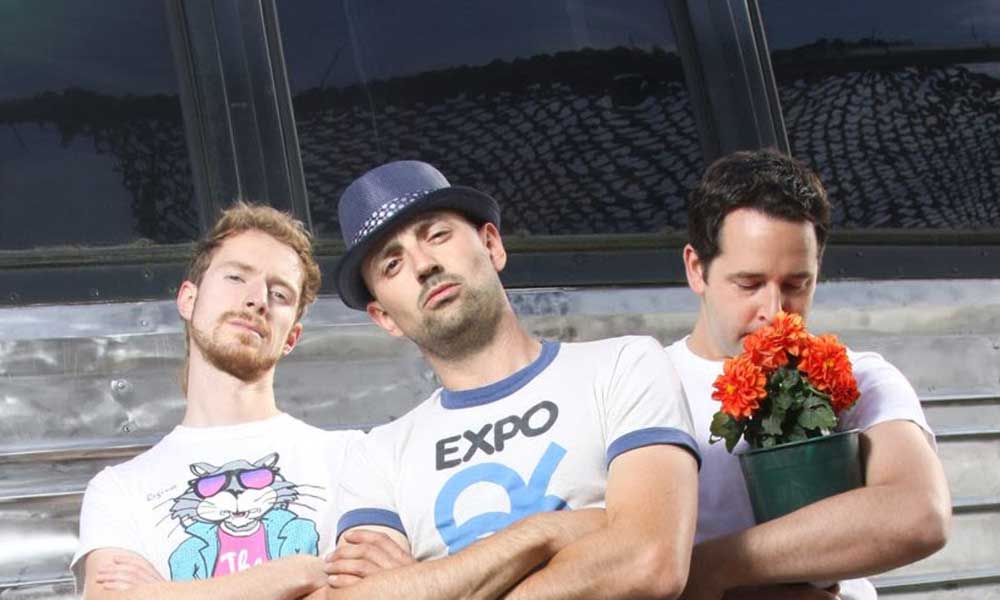 Werewolves have been taking our culture’s most popular songs and warping them to their own twisted purposes since 2007.  Like vultures feeding on our collective memory of pop/rock mega hits, the tight-knit trio are known for transforming the songs we sing in the shower and hear in the mall, running them through a jukebox on shuffle, and performing them utterly re-imagined, at dance tempos, with new upbeat ska, funk, roots and reggae feels.

Werewolves bring to the stage the combined energy of other bass led vocal rock “power trios” such as the Police, Cream, Rush and last (and in this case also least), Mister Mister. But neither do they shy away from tackling the Divas of pop. Mixing Diana Ross with Madonna, Celine Dion with Huey Lewis (power of love vs. itself medley), Katy Perry, Cyndi Lauper with Paula Abdul, Christina Aguilera, Britney Spears with cult hit Dee-Lite’s “groove is in the heart”.  Occasionally also heard singing the lyrics to Tears in Heaven over Beethoven’s Ode to Joy, THEY KNOW NO BOUNDS!